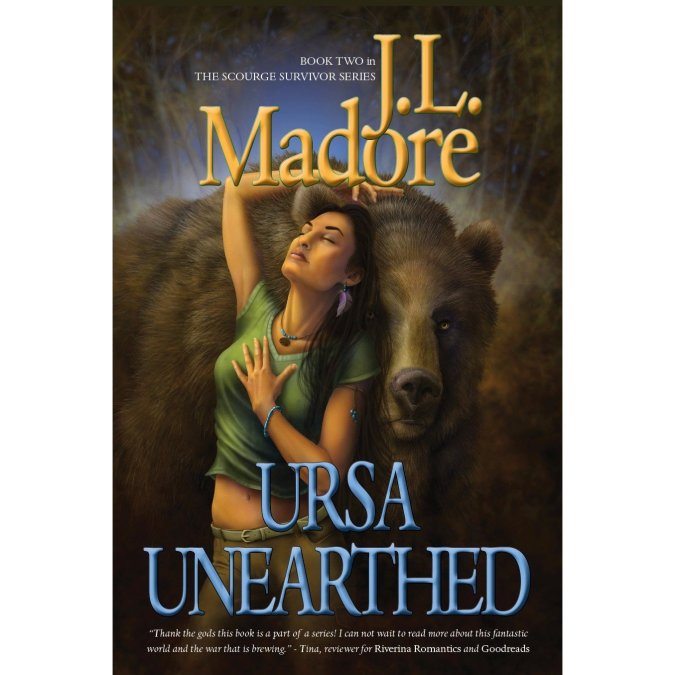 Mika’s life has never been normal, but it’s hers.
After being told by the Great Spirit that her destiny is to stand up for the Earth Mother’s children and “save the great species from extinction,” she buries herself in an investigative journalism career hunting down poachers and exposing illegal trade in wildlife exotics. A survivor by nature, she would rather fight injustice than maneuver the hassles and heartache of relationships.
When danger suddenly finds her unprepared, Mika’s perception of her life is shattered and she’s hurled into a realm of magic and murder she does not understand. Seduced by Bruin, the powerful warrior who saves her life, Mika is catapulted into a world where Were-creatures and Scourge assassins threaten not only her life but her heart as well.
With the boundary between worlds crumbling, Mika realizes that committing to save the great species of Weres will draw her deeper into a reality more terrifying to her than anything she’s faced before.
Trusting in love.

I read and reviewed Blaze Ignites a year or so ago, because Jenny and I had worked together in a critique group and I was itching to find out what the finished product was like. When Jenny offered me a review copy of Ursa Unearthed, the second novel in her Scourge Survivor Series, I again jumped at the chance.

I love to see my writer friends grow and mature in their craft.

Jenny writes in a bare (dare I say, naked) style. Not a word is wasted. Action and hot sex propel the reader through the book. I actually finished reading it the week before last. At my reading rate, I burned through it.

My critical eye caught a few, very minor, editing gaffes, but by and large, my only critical comment on the story itself is that Mika’s “lie,” the thing that prevents her from committing to Bruin until things become so dire she has no choice, is not well developed at the outset. I occasionally found myself irritated with Jenny’s protagonist for her failure to get over her bad self, spank that inner moppet, put on her big girl panties, and deal.

Developing her trauma would have given this reader something to hang that irritation on. There would be a reason beyond being transported into a world of magic and danger to prevent her from accepting her altered circumstances.

Given that Mika is Native North American, has a spiritual connection with the Earth Mother, which grants her supernatural insights, and her main support, her grandfather, accompanies her to Haven, Mika shouldn’t have been so resistant.

Having said that, I think Ursa Unearthed is a fabulous book. The characters are otherwise well-drawn and Jenny has a knack for making you care about them.

And yes, you read that correctly earlier, there is lots of hot sex in the novel and Jenny writes this well, too. You’ll tingle in all the wrong naughty right places 😉

The story is standalone, but readers of Blaze Ignites will recognize many familiar faces in the cast. They don’t detract from Mika and Bruin’s character arcs, though. The spotlight remains where it should, on Mika and her bear.

Four out of five stars.

JL Madore didn’t find writing so much as it found her. Waking each morning with a vivid cast of characters tangled in chaos in her head, it seemed essential to capture them on the page. With Blaze Ignites and Ursa Unearthed published and receiving rave reviews, she’s turning her attention to Watcher Untethered, an unpublished paranormal/erotic romance manuscript which just won 4th place in the Toronto Romance Writers – The Catherine. Aside from spinning tales of elves, weres, demons and fallen angels, she’s also Vice President of the Writers’ Community of Durham Region, a 300 member writing organization just outside of Toronto. http://www.jlmadore.ca/