What’s The Forgotten Ones about? 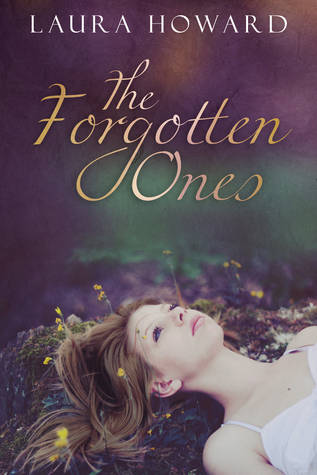 Allison O’Malley’s plan is to go to grad school so she can get a good job and take care of her schizophrenic mother. She has carefully closed herself off from everything else, including a relationship with Ethan, who she’s been in love with for as long as she can remember.

What is definitely not part of the plan is the return of her long-lost father, who claims he can bring Allison’s mother back from the dark place her mind has gone. Allison doesn’t trust her father, so why would she believe his stories about a long forgotten Irish people, the Tuatha de Danaan? But truths have a way of revealing themselves. Secrets will eventually surface. And Allison must learn to set aside her plan and work with her father if there is even a small chance it could restore her mother’s sanity.

I enjoyed The Forgotten Ones if for no other reason than it featured the Tuatha de Danaan.  I am an unrepentant Celtophile and enjoyed rolling those lovely Irish names off my mental tongue 🙂  The fictive journey to Tir na n’Og also captured my interest.  TFO is more than just another urban faerie tale, though.

The protagonist, Allison, is dealing with some significant issues.  Her father abandoned her mother before Allison was born, and she suffers distrust of men, and a deep-seated fear that anyone she loves will leave her too.

Her mother is schizophrenic and for many years, Allison’s grandparents have been taking care of both their child and grandchild.  Allison has a plan to relieve her grandparents of this burden by taking it on herself.  Because of this, Allison tries to shut all other distractions from her life, including Ethan, the young man she’s had a crush on, well, forever.

The pack-your-bags-we’re-goin’-on-a-guilt-trip thing is that Allison believes that she is the cause of her mother’s illness.  She was still a child when her mother’s melancholy turned to depression and dissociation.  Allison also fears that she will end up just like her mother.  Mental illness has a genetic component, doesn’t it?

What if her mother’s illness wasn’t schizophrenia, though?  What if it is the sickness that assails all unfortunate humans who have been touched by the Danaan?

When she begins to have strange dreams and her absentee father turns up, Allison’s life takes a turn for the fantastic and her journey takes her to Thunder Bay (Canuck connection :D) and Tir na n’Og itself in search of a way to cure her mother.

Can she save her mother?  Can she protect her family and Ethan from the ethereal and mercurial Danaan?  Can Allison save herself?

Like I said, I enjoyed Laura’s debut novel.  She’s written it in a straight-forward, very readable style.  Allison, though understandably neurotic, takes action to solve her problems and save the people she loves.

TFO’s been framed as New Adult, but I have to say that if Laura hadn’t made the effort of framing the narrative as she did, and telling the reader that her protagonist and friends were in their early 20’s, I wouldn’t have been able to distinguish her story from YA.  Her characters share an innocence that feels more comfortable in YA than NA.

That would be my only criticism of TFO, however.

I look forward to Laura’s next book in the series and to see how she develops as an author. 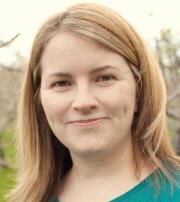 Laura Howard lives in New Hampshire with her husband and four children. Her obsession with books began at the age of 6 when she got her first library card. Nancy Drew, Sweet Valley High and other girly novels were routinely devoured in single sittings. Books took a backseat to diapers when she had her first child. It wasn’t until the release of a little novel called Twilight, 8 years later, that she rediscovered her love of fiction. Soon after, her characters began to make themselves known. The Forgotten Ones is her first published novel.

2 thoughts on “Review of Laura Howard’s The Forgotten Ones”