ASAP Thought: being a woman.

Chimamanda Adichie’s 15 suggestions on how to raise a feminist daughter. Audie Cornish for NPR.

Madison Pauly provides a brief history of men taking credit for women’s accomplishments: “I made that bitch famous.” Mother Jones

The Daily Health Post gets down and stretchy with your piriformis.

We’ll see you on the weekend for more WorldCon 2016 reportage.

Be well until then!

Time to get your mental corn a-poppin’!

Anna Lovind wants you to find the vision that wants to be born through you.

Chimamanda Ngozi Adichie: we should all be feminists. TEDX Euston.

Daphne Patai: how diversity came to mean “downgrading the west.” Minding the Campus

Sweden is officially moving to a six-hour work day.

The wreckage of Sir John Franklin’s HMS Terror may have been found. Garrett Hinchey for CBC.

Anna Nowogrodzki shares a first glimpse of a black hole being born from a star’s remains. New Scientist

Ria Misra reports on new evidence that points to a different theory for the moon’s formation. Gizmodo

The Martian landscape looks like Utah. Phil Plait for Slate.

Wasn’t sure where to put this . . . creepy. David Brown reports on the discovery of a skeleton that points to cannibalism in the Jamestown colony. The Washington Post

Hugs and stuff, ‘cause you’re all grand, you are!

See you Saturday for some movie madness and some series discoveries (midseason follies). 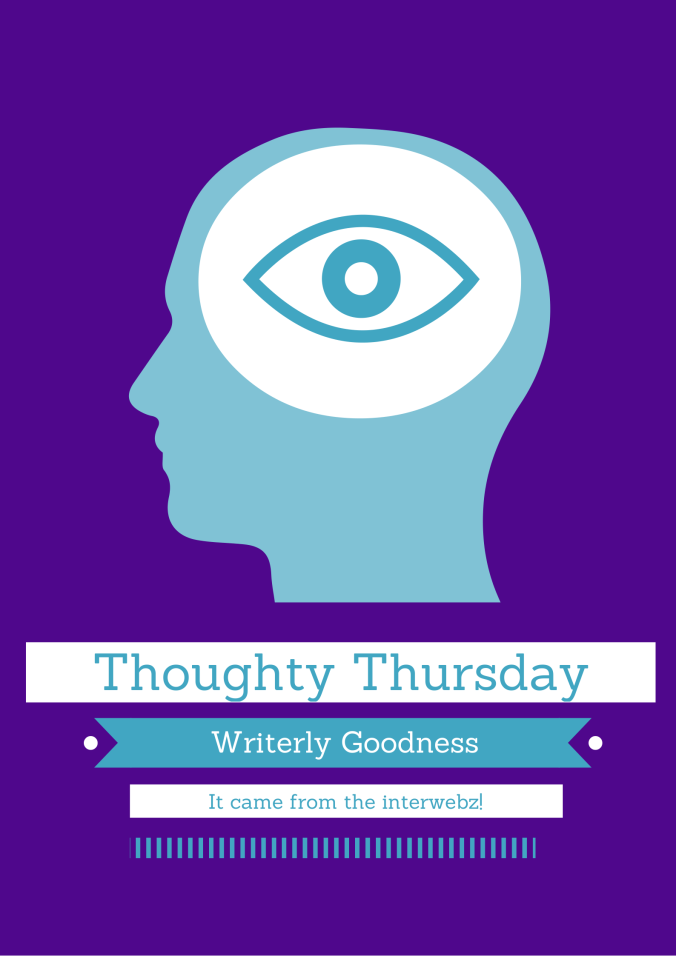 On refugees: a history of the ‘other’ in Sudbury. Nilgiri Pearson for Sudbury.com

This was one of the sad bits of new to come out in Canada this week: Gord Downie, lead singer of The Tragically Hip, diagnosed with terminal brain cancer. The Globe and Mail.

Here’s the sensationalist article: bodies of strange creatures found in the basement of old London home. Design you trust. And now, the real story: the truth behind the viral story of mysterious skeletons in London basement. The Earth Child.

Complain all you want, but your busy schedule may be helping your brain. Angus Chen for NPR.

Angela Hanscom wonders why can’t children stay still in the classroom? It turns out that movement is critical to attention and learning. The Washington Post.

How to be happy: lessons from an Amazonian tribe. Rick Warren for Medium.

Finding 16 cents on the sidewalk helped one person recognize something important about happiness. The Business Insider.

The more I learn about this man, the more I love him. Albert Einstein: racism is a disease of white people. Open Culture looks at his little-known fight for civil rights.

The #HeForShe Media Summit (it’s an hour and a half long) featuring Patricia Arquette and Joss Whedon. UN Women.

This is too cool. This Finnish university gives its doctoral graduates a funky top hat and sword. This is so Hogwarts, I have the desire to get my PhD! Oh. Tuition. Dissertation. But top hat and sword!

Jupiter gets his by visible asteroid impacts six times a year. Phil Plait for Slate.

Ed Yong reports a shocking find in a Neanderthal cave in France. The Atlantic.

The gruesome history of eating corpses as medicine. Maria Dolan for The Smithsonian.

Coming up: The next chapter will be coming out this weekend. I might have one more DIYMFA QotW, too! Oh, the writerly life 🙂

This is the next emergent issue in Canada: the quality of life in First Nations. This is our Prime Minister’s next big challenge. One First Nation has become the focus of media, recently, but it is not the only place where living conditions have been shown to be deplorable.

Attawapiskat in the news:

Just because our Prime Minister’s a geek (and yes, I realize he was dodging a question, but he did it well, don’t you think?).

Sandra Martin explains why we need better end-of-life policies in seniors’ residences. The Globe and Mail.

North Carolina passed ridiculous legislation that discriminates against transgendered people in the name of safety. Lindsay King-Miller covers the issue for role reboot.

Carla Ciccone wrote an article to warn women about Jian Gomeshi and it nearly destroyed her life. Chatelaine.

Samhita Mukhopadhyay wonders, will ‘it’s on us’ finally put an end the sexual assault on America’s college campuses? I hope so. It’s time and long past. Mic.com

Leah McLaren explains why she’s teaching her son to embrace the ‘girlish.’ The Globe and Mail.

The Mighty shares the secrets of people with anxiety.

Nancy C. Andreasen shares the secrets of the creative brain. The Atlantic.

I didn’t know where to put this tasty tidbit: How to see all the companies tracking you on Facebook and block them. Tech Insider.

The Shell Grotto in Margate, England.

Photos of the Fukushima exclusion zone show how nature has taken over in a few years. BoredPanda.

Where do minds belong? In this fascinating essay, Caleb Scharf speculates on the fate of human, and alien, intelligence. Aeon.

Food in its growing state 🙂 Bright Side.

Dog shaming always makes me smile. They know we’ll always forgive them 😉 Here are a couple of sites to bookmark in case you need a mid-week pick-me-up. Dogshaming and Dog Shame Awards.

See you on Saturday!

There’s a little bit of somethin’ somethin’ for everyone 🙂

So, of course, after making the statement, Hunt quit. That didn’t stop these ladies from taking it out of him with #distractifyinglysexy 🙂

This is for anyone who has had to watch a loved one die. There is something poetic about being there to witness the final struggle, even if the struggle is not a physical one. To sit with death. The Elephant Journal.

Sarah Knight left a job because happiness is more important to her than commitment. Quartz.

Which countries are the happiest? Find out in this article from 24/7 Wall St. Canada’s in there, but the Scandinavians rule (apparently)!

Indigenous cultures have less back pain. Why is that? NPR.

The psychology of inspirational women: Veronica Mars. Janina Scarlet for The Mary Sue.

Margaret Atwood speaks out about Bill C-51. The National Observer.

Find out more about the SEAL team that’s famous for taking out Osama Bin Laden. The New York Times.

Did the dinosaurs really go extinct? It’s okay to be smart.

Eek! If a Boomslang bites you, you bleed to death (out of every orifice – ew). IFLS.

Here’s a little futuristic retro for you: This is what 1956 marketers thought 1976 roads would be like. Popular Mechanics.

13 rarely seen photos of Marilyn Monroe. Elle. She was such a beautiful woman.

This tribute to a beloved dog will have you bawling. But it is SO beautiful. Denali. Bustle.

So kawaii! A family of weasels scales a wall. The Telegraph.

And in case the song at the end of the Denali video got to you like it got to me:

Now go get that squishy grey thing of yours into gear 🙂

I’m off to get ready for the M.H. Callway workshop taking place in Sudbury this evening.

I will probably not post on Saturday this week because of Wordstock, but I’ll post Ad Astra and Wordstock reportage on Sunday. Ok? Ok. S’alright? S’alright!

What it means to have the heart of an empath. The Elephant Journal.

How the highly sensitive person may be accessing clairsentience. OM Times Magazine.

We need to address the gap in medicare for patients with mental illness. The Globe and Mail.

This raised a few eyebrows among some of my friends who do not identify as feminist. I understand their position and defend their right to hold it, but I still think this rant from Mark Ruffalo is pretty awesome (no offence, ladies).

In that vein, here’s the trailer for Suffragette. This. Looks. AWESOME!

Jon Stewart makes a brilliant point about Caitlin Jenner that no one is talking about. News.Mic.

Truth and reconciliation may be progressing, but there are still issues that remain unaddressed in northern Ontario. CBC.

Residential school survivors and their descendants share their stories. The Globe and Mail.

Truth and reconciliation is not an aboriginal problem, but a Canadian one. CBC’s the Current.

Buffy Ste. Marie speaks out on the need for a new deal for Canada’s First Nations. CBC.

For your musical enlightenment: Five new albums to try out on Spotify. The Guardian.

Your edutainment is served. You’re welcome 🙂

See you Saturday for more Ad Astra, and maybe I’ll have some good news on the home destruction front.

Oh, BTW, what do you think of the site revamp? Yeah, I finally did that shit.

Over the past few months, I’ve been seeing a lot of blog posts and articles on sexism and misogyny in writing and publishing.

Just to refresh your memory:

There have been scandals involving Penguin and the Science Fiction Writers of America (SFWA).  Patty Jansen has posted extensively on women in SF.  Being one of those women, she has an inside track 😛  Just search by that string, “women in SF” on her blog, and see the results.

John Scalzi frequently posts about online and real life harassment and recently talked about his thoughts on feminism and whether he considered himself a feminist.  He wouldn’t be insulted, btw.

Being a woman writer who writes fantasy and SF, among other things, I have a stake in these issues.  I share much of what comes across my desk on these topics on Facebook, my primary avenue for curation.

Yes, I know, get with the times, Mel.  Why aren’t I doing this on Pinterest or putting out a Paper.ly on the topic?

Cause I’m writing.  That’s why.

So what the heck am I?

This all has got me to thinking: what variety of “-ist” am I?

I don’t think I’m a feminist.  I espouse feminist views and support the goals of feminism.  The problem is that I’m a bit more than that.

I believe that everyone, man or woman, gay, lesbian, bisexual, or transgendered, of any religion, spirituality, or world view (including atheism), of any culture (I don’t believe in race, we’re all human) to do or say what they wish, so long as it does not violate the law, or the civil rights of another human being.

There’s a pagan tenet that sums up my philosophy: an’ ye harm none, do what you will.

I also believe that bullying should be a crime, because of the evil it fosters.  Yes, I said evil there folks.

I believe that animal cruelty is a gateway crime and that penalties for it should be increased and enforced.

I believe in the right of a woman to do what she wishes with her body.

I think I’m going to stop there, before I get into trouble 😉

So what does that make me? I don’t know.  Maybe you’ll have to sort that one, dear reader.