Your weekly batch of informal writerly learnings has arrived. Get them while they’re hot!

Jan O’Hara shares a display hack for your story’s outline. Dave King: the non-writing part of writing. Then, Barbara Linn Probst wonders, why was my protagonist so prickly? Juliana Baggott explains when to reject rejection. Yuvi Zalkow wants you to make something terrible (and make it again). Writer Unboxed

Janice Hardy says infighting is a lousy way to create conflict in your novel. Then, Bonnie Randall deconstructs Deadly Illusions to explain what not to do with your manuscript. Fiction University

Becca Puglisi shares tips for landing a guest posting gig. Then Barbara Linn Probst shares ten different writing tricks to make your point. Later in the week, Laurie Schnebly Campbell explains when, why and how to show emotion. Writers in the Storm

The actress trope. The Take

Zoraida Córdova explains what it’s like writing Gamora in ‘Women of Marvel’ #1. Marvel

Thank you for taking the time to visit, and I hope you found something to support your current work in progress.

Until Thursday, be well and stay safe, my writerly friends.

Time to get your thoughty on!

Brian Resnick reveals what the science really says about mindfulness in the classroom. Vox

Emma shares her thoughts on what’s really going on when your partner says, “you should have asked.”

Asia Kate Dillon makes a mark as “they.” Leigh Nordstrom for WWD.

Indigenous Motherhood states that energy is wasted on the battles of appropriation and racism: Indigenous systems are resistance. The best revenge is living a good life? Yeah. That.

Rich Larson unpacks the impact of Chris Cornell’s death: it’s not what you think. The First Ten Words

Foz Meadows: what depression is. Shattersnipe

Resilience is about how you recharge, not how you endure. Shawn Achor and Michelle Gielan for The Harvard Business Review.

Yudhijit Battacharjee explores the science behind why we lie. National Geographic

Josh O’Connor tells the tale of the women who pioneered computer programming before men took over. Timeline

David Kohn: when scientists saw the mouse heads glowing, they knew the discovery was big. New breakthrough in Alzheimer’s research. The Washington Post

Bec Crew reports that the brain literally starts eating itself when it doesn’t get enough sleep. [On that note, I think I’m going to bed …] Science Alert

Lauren (Cough into my open mouth on Tumblr) shares her latest batch of gryphons.

I hope that got your mental corn popping!

See you again on the weekend.

Be well until then. 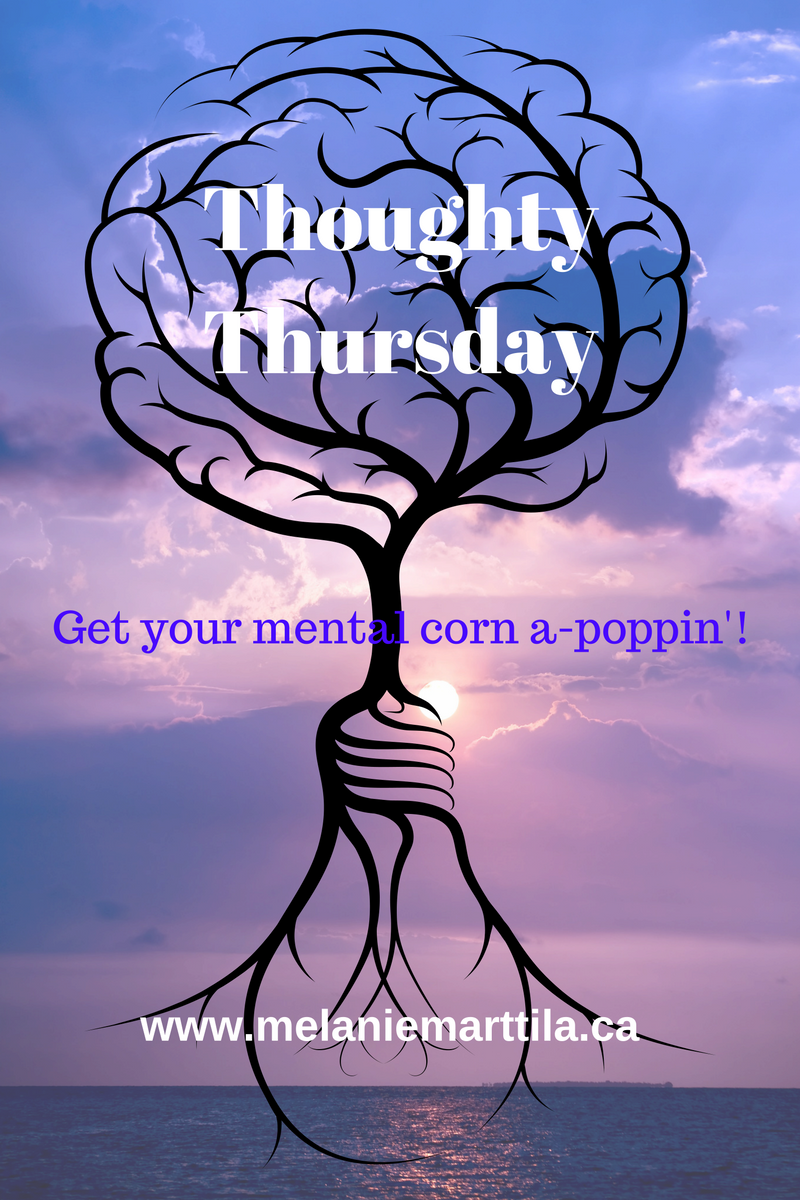 Easing back on the overwhelm of writerly goodness this week. You’re welcome 🙂

Bonnie Randall guests on Janice Hardy’s Fiction University: the Pandora ’s Box of having ‘been there.’

Steven Pressfield: The Dude abides, but in what genre?

Kristiana Willsey says that hunger is the beginning of every folktale. The Toast

Tim Grahl: how to use fear to beat resistance.

Marcy Kennedy asks, is it important for writers to be readers? Spoiler: It’s an emphatic, duh, yes!

Jeff Goins tell us everything we need to know about Facebook Live on the Portfolio Life podcast.

Alice Adams considers the question, why does anyone write? Literary Hub

Lincoln Michel teaches you everything you wanted to know about book sales but were afraid to ask. Electric Lit

This is shameful. The journalist who risked her life going undercover in North Korea had her expose marketed as an Eat, Pray, Love-style memoir. Anna Merlan for Jezebel.

Alison Stine explores Labyrinth and the dark heart of childhood. The Atlantic.

I think these Game of Thrones/Legend of Korra mash ups are amazing. What about you? Movie Pilot

Also, Game of Thrones showrunners confirm that there are only 13 to 15 episodes left. Wah! They really pulled last year’s plot poopers out of the fire this year. Oh well. i09

Germain Lussler wonders why more people aren’t talking about the Preacher series. Phil and I are enjoying it 🙂 i09 Later in the week, he reports that Preacher season two will return with 13 episodes. YAY!

AMC’s Preacher series is different from the comics, but you’ll probably really like it anyway. James Hibberd for Entertainment Weekly.

And that was your informal writerly earnings for the week.

The DIYMFA QotW for week 8:

“Share an example of a time when resistance has pointed you toward a writing project that was juicy and high-stakes . . . and maybe even a little bit scary. Did you face that fear and overcome your resistance? What was the result of pursuing (or not pursuing) that project?”

To be honest, I don’t feel a lot of resistance as far as pursuing a writing project. I tend to follow my instincts, or my muse, if you prefer, and write what the heck I want.

You may see this as a naive attitude, but enough published authors, experienced editors and agents have pointed out the futility of trying to write to the market, that I’ve taken at least that much to heart.

I’ve had a couple of science fiction short stories published (for paying markets, even), but even with my short fiction, if I have a suitable idea, I write the piece until it’s done. Substitute submitting for querying in the above novel equation, and I’ve been accepted, worked with the publication’s editors to refine the piece, and been published.

When an editor suggests changes with a piece of short fiction, I’ve been very accommodating. I’ve generally accepted the suggested changes or made clarifications in the particular story elements so the changes are no longer necessary.

I can see pretty clearly and quickly with a piece of short fiction what makes sense to change and what does not.

Where I feel resistance is when, whether a critique partner, editor, or beta reader, someone suggests a major change to a novel I’ve written.

I generally have to sit with the suggested changes for a while, until I can see clearly the reasons why the changes were suggested. Then I can (more) objectively judge whether to adopt them or not.

Case in point: the editor for my first novel suggested eliminating a character. It took me a long time to realize she was right. She’d also suggested eliminating a couple of extraneous point of view characters, which I accepted and changed right away. A critique partner for the same novel didn’t like the number and types of POV I was using, and, initially, I changed everything. Later, however, I realized that my original choices made sense for the story I was telling and after I have eliminated the extraneous POV’s and the extraneous character, I changed everything back.

So, it works both ways for me. Some things I should change but am slow to act on the advice. Other things I change, but then realize there were compelling reasons why I made the decision in the first place.

Really, I’m still working through the whole process, developing my sense as a creator regarding which suggestions and advice to act on and which not to. As things progress, I find myself making better initial creative choices (I think).

I added the ‘I think’ in parentheses because I’m still not sure whether I’ve done this to avoid the criticism and/or potential conflict that results. I avoid conflict in life, generally. I kind of hate it. And really, that’s not a good reason, on its own, to change a creative work.

Ultimately, I’m always open to learning anything about my craft from anyone. I just get reluctant when I’m not sure of the motivation behind the advice I’m given.

Professional or experienced editors, I trust.

Unfortunately, it’s possible to be an excellent writer and not know a thing about editing, or critiquing, or beta reading. Telling me how you would have written the story doesn’t help me. Giving me your reasoning or thought process along with the suggestion allows me to assess your advice and accept it in the spirit it was offered, whether I choose to act upon it or not.

I think this all stems from my experience during my MA, which I’ve written about enough that you’re probably all sick of hearing about it by now 😛

So, Gabriela’s question didn’t really take me in the expected direction, but this is where I experience resistance.

Where do you experience resistance?

W00t! You wanted moar writerly goodness? Well, here it is!

In local publishing news, Latitude 46 moves into the void left by Your Scrivener Press. The Northern Life.

Listen to K.M. Weiland’s weekly podcast (and subscribe) or read her companion post. Last week’s offering: What every writer ought to know about omniscient point of view (POV).

The bigger the dream, the greater the resistance. When resistance pays you a compliment. Steven Pressfield.

The four dangers of writing and critique groups. The title says ‘hidden dangers,’ but they’re not really hidden. First-timers and eternal optimists might be blind to them, though. Jennie Nash on Jane Friedman’s blog.

How to write about guns without sounding like a doorknob. Benjamin Sobieck (who was much more polite about it that I was) guest posts on Jane Friedman’s blog.

The Listen Inside podcast from Readers in the Know features chapter 2 from Veronica Sicoe’s The Deep Link.

The ten best literary love songs brought to you by Quirk Books.

BuzzFeed compiles their list of the 53 best opening lines in literature.

Not to be outdone, Penguin Random House offered its list of captivating first lines.

In case you weren’t already crushed by the weight of your unread book stack, BuzzFeed compiles this list of ALL 339 books referenced in Gilmour Girls.

i09 lists its essential cyberpunk reads.

ZDNet shares their list of 26 essential science fiction novels that will help you prepare for the future.

Where Japanese science fiction has been and where it’s going. Japanese Times.

The 2015 Sunburst Awards finalists announced on the CBC.

And here’s Quill & Quire’s piece on the awards.

The brilliant ideas that didn’t make it into Pixar’s Inside Out. i09.

I must say that Phil and I are enjoying Sense8 quite a bit. Then again, we love well-developed character and story. The slow burn is just fine with us. Here’s Bram E. Geiben’s take on season 1 for i09.

See you on Thoughty Thursday!