Time to get that mental corn popping!

Some lovely pieces for #InternationalWomensDay

Today I rise. Films for Action

Jina Moore shares 16 stories that will expand your mind on IWD. Buzzfeed

Australian school boys share the stories of their female friends: why feminism is important to me.

A Danish psychologist says “positive thinking” has turned happiness into a duty and a burden. Olivia Goldhill for Quartz.

Jen Schwartz says the secret to happiness is to simplify. Outside

The Usual Routine: why empaths act strange around inauthentic people.

Artists have structurally different brains. Melissa Hogenboom for the BBC.

Olivia Goldhill: Blaise Pascal understood that people are best convinced by their own data. Quartz

The Medievalist think these ten Medieval women are worth knowing about.

Nanaboozhoo and the Wiindigo: An Ojibwe History from Colonization to the Present. Bezhigobinesikwe Elaine Fleming for Tribal College: Journal of American Indian Higher Education.

A rabbit hole in a farmer’s field leads to “mystery caves.” BBC

Farah Halime profiles the millennial who might be the new Einstein. Ozy

Katherine Hobson: what going to Mars will do to our minds. Five Thirty Eight

Mark Malloy reports on scientists who have discovered how to upload knowledge into your mind. The Telegraph

George Dvorsky shares the first footage of one of the most reclusive whales in the world. Gizmodo

It’s been a long day, and you’ve earned this video of Sir Patrick Stewart greeting his new foster dog. William Hughes for the A.V. Club.

Hope you got your fill of thoughty.

Until next I blog, be well.

Last year I wrote at the beginning of my season of sorrow about the landmark moments marking my father’s decline and eventual death.

He was still very much on my mind, it only being the second year following his death.

This year, it’s been a little different.

His birthday, date of his admission into the hospital, final, precipitous decline due to congestive heart failure, death, funeral, and Fathers’ Day, all spanning the time between March 14 and the third Sunday in June, did not have the same impact as in previous years.

In fact, this year, though I was conscious of each date, I did not mark them in any way. I didn’t even discuss any of them with my mom.

This year, Dad’s been more or less continually on my mind. The dates meant less, the overall absence, more.

I’ve kept these things to myself, though. This remains my grieving process.

Phil’s father died recently, too, but that’s not my story to tell.

Fathers’ Day, however, is not just about my dad, or Phil’s. It’s about all dads, everywhere.

So, to commemorate the end of my so-called season of sorrow, I’m going to wish all dads a HAPPY FATHERS’ DAY with these two, lovely links:

Five dads who made us laugh and/or cry from People Magazine.

50 funny and/or inspiring quotes about dads from Parade. 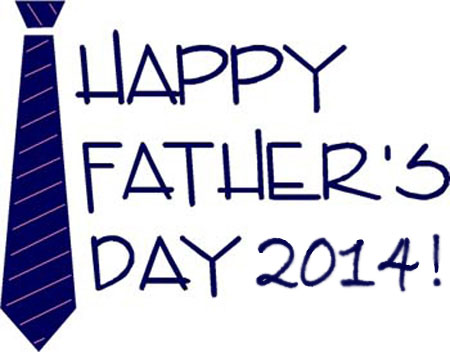