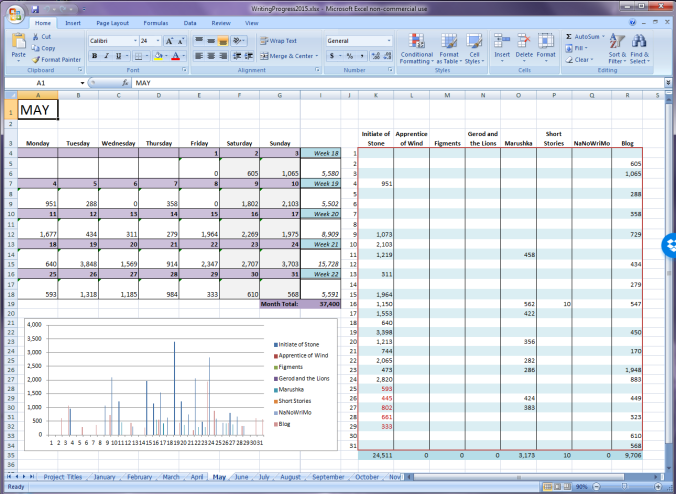 May was all about catching up on my revisions. I’d fallen behind and had really wanted to get them done before my leave started. As it was, I worked through until May 24th on my revisions. The remaining words I wrote on Initiate of Stone were (marked in red) were on my query and synopsis.

I rewrote the latter no less than three times, but I think the third one is the best of the three, so I’m going with that version.

It should be no surprise, then, that the lion’s share of my word count was on IoS: 24,511 words (!) Now, keep in mind that revision word counts are halved (unless I drafted completely new chapters).

Overall, this revision of IoS came in at a whopping 129,402 words. That’s only 520 words fewer than the previous revision, despite the fact that I eliminated a POV character. As I expected, her role and sections were easily assumed by other characters, but I had to write more to make things work seamlessly.

I wrote more of Marushka, as well, but I haven’t finished the draft yet. I’d wanted to have that done before my leave, too. What can you do, though? 3,173 words isn’t anything to sneeze at.

That kind of thing happened a lot in May.

And blogging filled out the rest of my word count for the month with 9,706 words.

That’s a total of 37,400 words. Egads! Again, the lion’s share of that was on revision, which are a different beast, but it’s my best month since NaNoWriMo 2013 🙂 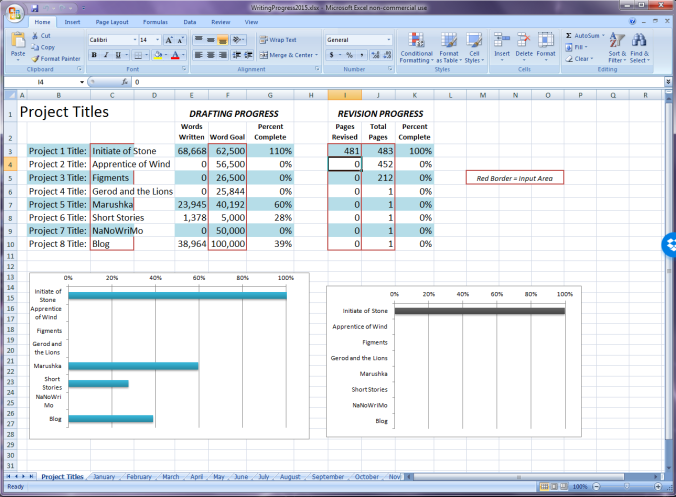 This month, I’ve been pouring more time and effort into researching agents and planning my querying strategy. I think June will be a low word count month as a result.

I’ve also organized a couple of workshops for visiting writers. On May 31st, Jane Ann McLachlan delivered a great workshop on Crafting the Contemporary Genre Novel. On June 18, Madeleine Callway will be delivering a workshop on How to Get Published. I’ll have more on Madeleine with an interview in just a few 🙂

And there are a pile of other things happening.

More on that in my Sundog snippet. 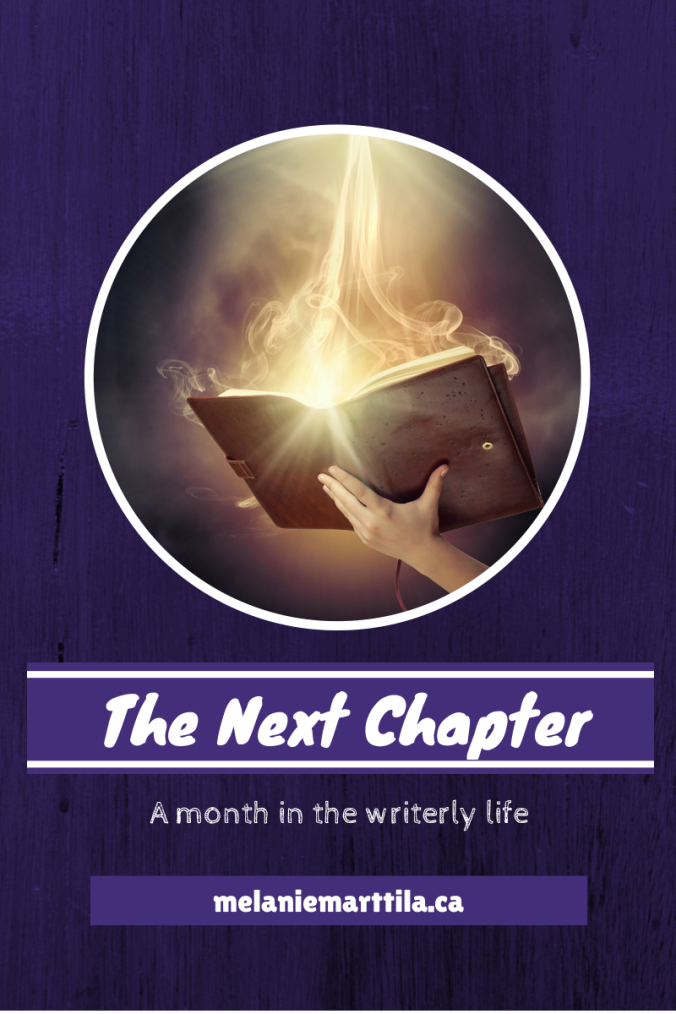