While I was offline in November, other than pup prep and pup rearing, and NaNoWriMo, I also attended Wordstock Sudbury 2017. It was November 2-4 and I took in several events.

On Thursday, November 2nd, I went to the Femme Poetic Force reading at One Sky. 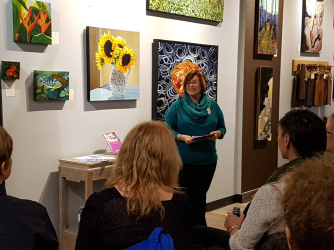 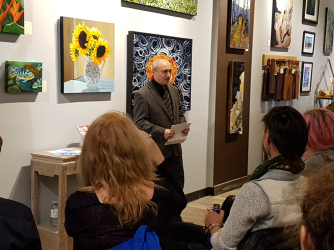 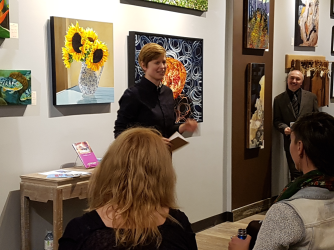 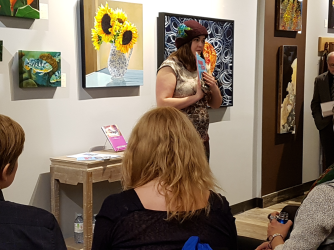 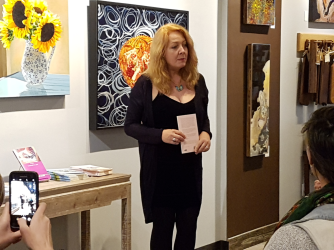 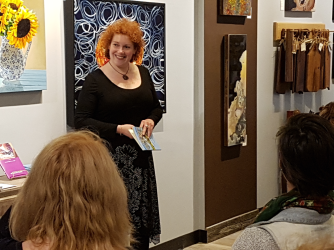 Later that evening, I attended a dramatic reading of Kim’s play-in-progress, Sparrows Over Slag. 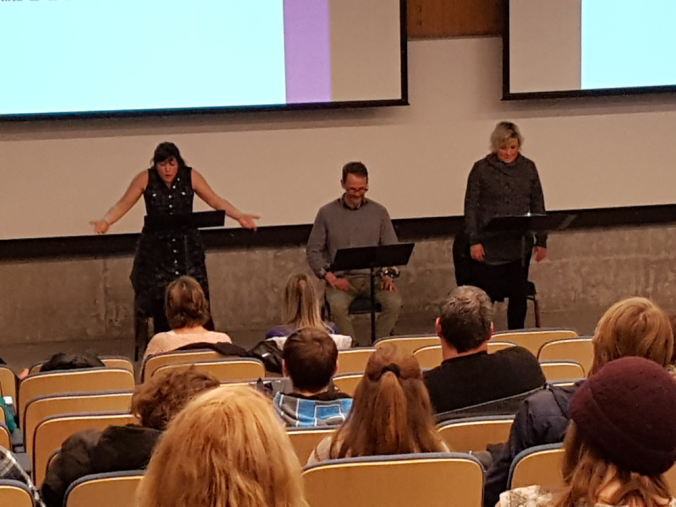 For those who don’t know, a dramatic reading is unstaged. The actors stand to read their parts. It’s a stripped down version of the play that acts as part of the workshopping and development process. A play is meant to have an audience and a staged reading can tell the playwright a lot about how well the piece works. Staging is intended to enhance the play, but the words, the dialogue, has to be solid on its own before the rest of the play is built around it.

On Saturday, I attended Merilyn Simonds’ master class on The First Page. And later on, I attended Nathan Alder’s master class on speculative fiction (sorry, forgot to take a picture).

Overall, it was another successful year for Wordstock. The festival improves each year. There are still a few rough spots, but it bodes well for the future.

Plus a week in this writer’s life

Post-NaNo, I’ve continued to work on Playing with Fire, the fourth in my epic fantasy series. I’ll be working on the draft into the New Year.

Foolishly, I thought I’d be able to continue to write around 1000 words a day while I was still on leave. That resolution lasted for exactly one day before I realised that it would be untenable. Since then, I’ve been writing about 500 words a day, around pup duties.

With regard to the Torvi-beast, Phil and I have been trying to train her to our habits rather than letting our world revolve around her, as it kind of has been for the last few weeks. I have to keep reminding myself that Torvi was six weeks old when we adopted her. We’ve never adopted a pup so young.

Two weeks makes a lot of difference. I’m seeing it. She’s learned a lot in the last weeks. And she’s really good around my mom, who will be taking care of her when I return to work.

She’s sleeping through the night (mostly). She’s pooping outside, but there are still times when she pees inside, mostly when I’m not quick enough to get her out. I’m still her favourite chew toy, but we’re making progress. I’m told that’s the shepherd in her.

Torvi’s a pro at the sit, now, lays down with kib incentive, shakes a paw inadvertently, and walks a block or so most mornings. We’re too indulgent with the pup love for her to get off dependably. That’s brilliant for a ten week old pup. Really.

And she hasn’t actually destroyed anything … yet.

Though I’m back to work next Thursday, I’ve done the best I can at this point. I have to have faith that the work I’ve put in will bear fruit.

I’m going to start scheduling pup play dates in the near future. She’s okay to play with dogs we know have been vaccinated. She’s just prohibited from pet stores and dog parks until she had her full set of vaccinations in March.

I’m exhausted, though. Walking zombie. Our next pup will still be a rescue, but by then, I’ll be old enough that training a pup from scratch will be impossible. She’ll have to be three to six months and house trained.

Still love Torvi insanely and the cuddles are worth the rest of it, but I’m looking forward to catching up on my sleep. Someday. 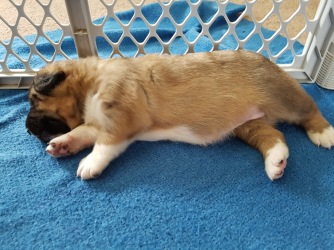 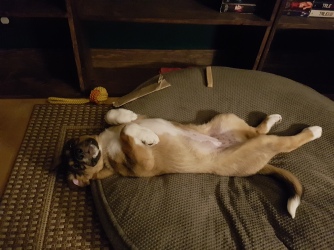 Speaking of which, it’s time for final outings and bed. 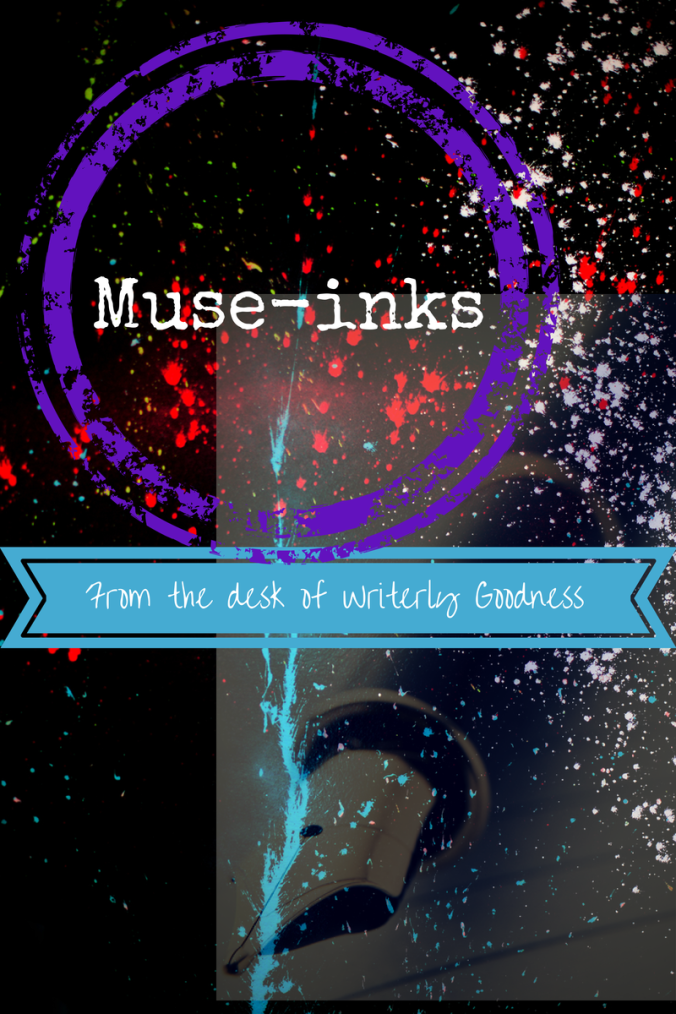