Here we are, at my last pre-NaNoWriMo weekend post.

I’m going to recap some of the writerly events I’ve attended in recent weeks and mention a thing or two that will be happening in the nearish future.

First, we’ll be going back in time to September 28 and the Latitude 46 fall launch. One that evening, five authors were reading from their works. 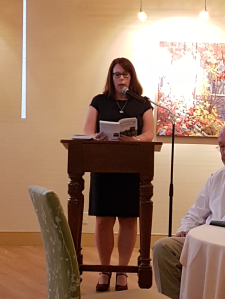 Liisa Kovala is a friend from the Sudbury Writers’ Guild and she was launching Surviving Stutthoff, her memoir of her father’s experiences behind the death gate.

The event was held at Ristorante Verdiccio, and it was a delightful evening.

Last weekend, October 21st, I attended the launch of Kim Fahner’s fourth poetry collection, Some Other Sky, which was held at St. Andrew’s Place in downtown Sudbury. 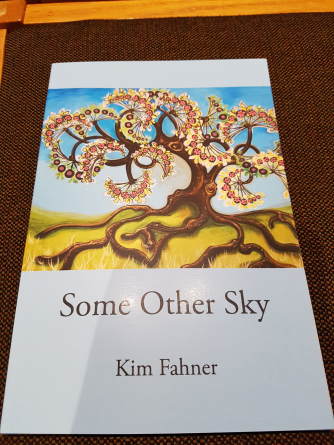 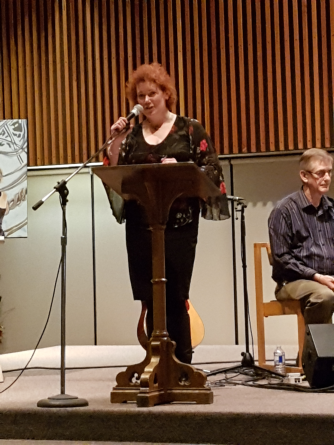 Kim not only reads, but she also sings, and she usually has The Wild Geese perform Celtic music before, during, and after. 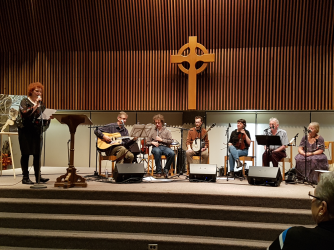 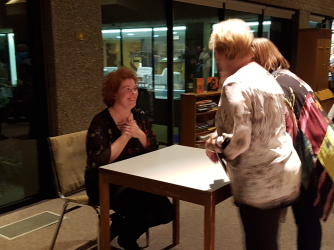 On Thursday, I’ll be at a poetry reading by Emily Ursuliak, Tanya Neumeyer, Kateri Lanthier, and Kim Fahner at One Sky, followed by the festival opening, and then a dramatic reading of Kim’s play Sparrows Over Slag. 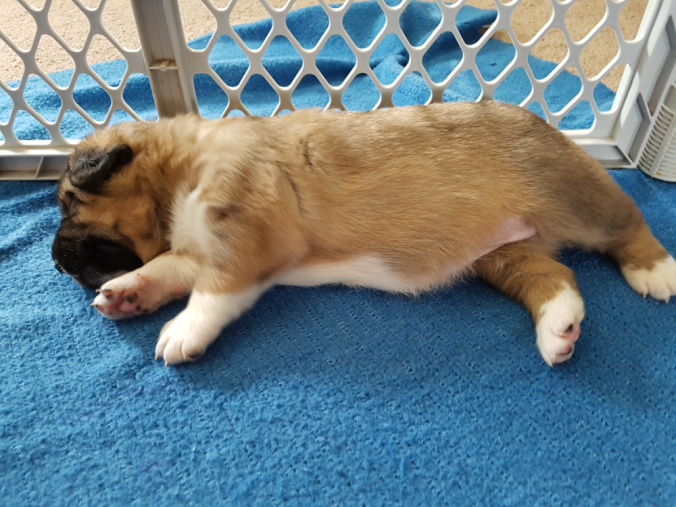 Phil and I will also be visiting our new puppy, Torvi 🙂 She’s still a few weeks from adoption age, so we’re bringing a blanket and toy out for the pups. When we do adopt, we’ll be able to aid the transition with the smell of momma Mocha and a familiar toy.

Tipsday and Thoughty Thursday will be posted this week, but after that, I’m getting to puppy prep and working on Playing with Fire. I’ll see you after the writerly masochism that is NaNoWriMo!

As ever, be kind, be well, and stay strong, my friends. The world needs your stories!