Did you miss me?

As you might be able to tell from the title of this post, I’ve decided to break up my Writing Excuses Retreat (WXR) experience into parts. There was just too much writerly (and other) goodness going on for me to pack into one post, even in summary.

And that is what I intend to provide for you here: a summary. An event like this really has to be experienced to appreciate the impact it can have on a life. Not just a writer’s life, either. Any life.

I’ve never been outside continental North America before. Simply going to Europe and getting a taste of seven different countries changed me as a person. If you haven’t travelled, I highly recommend it. Even if you think you can’t afford it, save up (preferable), ask for financial assistance, or, if you have the means (i.e. stable employment) and aren’t too far into debt already, commit to some medium term debt and a reasonable strategy for getting out of it. Planning is everything in this last instance.

It was so worth it for me.

As you may remember from my last post, pre-departure, anxiety was having its way with me. I knew once I got in the air, I’d be fine. Once the first plane is boarded, there’s really no turning back. Even my anxiety can’t argue that point.

The journey was nonetheless fraught.

I got up at 5 am, so I could get to the airport by 6:30 and check in to board my flight at 7:30. The usual Skycheck service wasn’t available, but Air Canada checked my baggage (I only had the one, carryon-sized case) at no extra charge.

I arrived at Pearson International at 8:30, retrieved my bag, and had time for a leisurely breakfast. I had time to search out the Iceland Air registration desk and find out when it would open. It turns out that contrary to the general advice to be in the airport three to four hours ahead of your departure time that you can’t even check in or start the security process until two hours before boarding.

Still, I’m glad I gave myself a wide margin. I could have caught the next flight if the first one had been cancelled. I would have had the time to take an Airporter to Pearson, if necessary.

The journey from there was similarly without incident. The eight hour layover in the Reyjavik airport was, if anything, a little boring. I worried a bit about my flight not showing up on the information board until about an hour before departure, but there was no real problem. 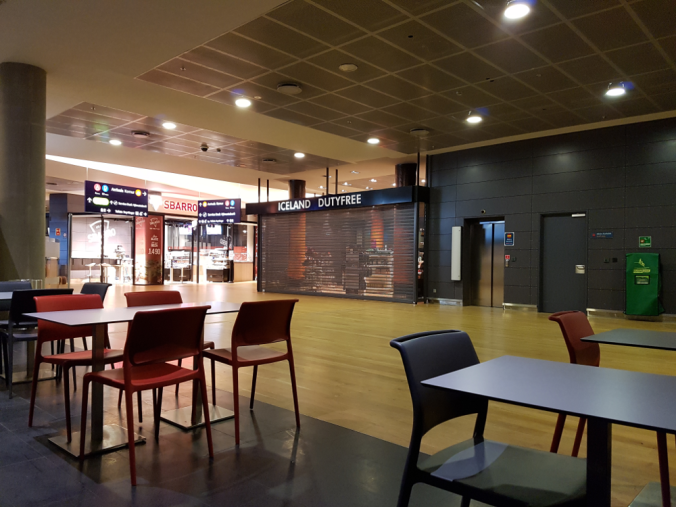 When I landed in Hamburg, I wandered around for a while before I found a group of  WXR cruisers and caught the shuttle to Kiel. I made friends right away on the shuttle (virtual hugs to Margaret Dunlap), while I fought the exhaustion of travel. We arrived at the Atlantic Hotel, checked in, and I met my room mate (more hugs to Becky!).

I did not nap. I kind of got my second wind in the afternoon and made some more friends (waves at Mike, Oliver, and Alex—Strumpwaffle bonding!), met Mary Robinette Kowal again, Kathy Chung who, in addition to being Security Officer for the cruise, is also the Coordinator for the Surrey International Writers’ Conference (SiWC), and K. Tempest Bradford, with whom I took the spring offering of Writing the Other.

A group of us went to Vapiano, a popular European chain of Italian restaurants, for supper, and then returned to the conference room for the evening orientation session and taping of the Tea and Jeopardy podcast (!) featuring His Majesty, Dan Wells 🙂

At this point, I’d been up for nearly 30 hours, and, after a much-needed shower, I collapsed.

The next morning, after breakfast, there was the embarkation information session, during which we were divided into groups for our first event—a scavenger hunt, we collected our baggage, and prepared to board the MSC Fantasia.

The thing I dislike most about travelling is all the queuing. There are line ups everywhere: to check in, get through security, and to board (for each flight), for the shuttle, and to check in to the hotel. Cruise embarkation was no different.

We were bussed to the pier in shifts, based on our scavenger hunt groups, and, once there, had to relinquish our luggage to the handlers, prepare our boarding documents, and—you guessed it—queue up for embarkation.

But once aboard, I located my stateroom, outside of which my luggage had been left, got unpacked, and got my credit card registered before it was time to gather for the scavenger hunt.

WXR instructors hid throughout the ship, and each team had to solve riddles to find them, hopefully ending up in the buffet at the end, in time to have lunch. My group was a little late starting out and we missed the final check-in point, but we had fun solving the riddles and did bond over the experience.

There was an afternoon workshop that I ended up choosing to miss, on writing through distraction. My more pressing need at the time was for some food and I acquainted myself with the buffet 🙂

I had time to sign up for a wi-fi package for the trip before muster, which is the emergency drill for the ship, and returned to my stateroom in time for our departure from Kiel. At supper, I sat at Howard and Sandra Tayler’s table. It was a great first night getting to know a couple of our hosts, and some of my fellow WXR participants.

Normally, for a cruise, the passengers sit at the same table every night and the serving staff is able to develop a relationship with them. For the WXR cruise, we would be assigned different seating each night at supper so that we could get to know one another better. It made for more difficulty for the serving staff, but a better experience for the retreat’s participants.

Supper that first night was a late sitting (9:30) and by the time I got back to my stateroom, I was just in time to watch the ship (it’s huge—18 storeys I was told) pass under the Øresund bridge between Sweden and Denmark. Other cruisers went to the uppermost deck of the ship to take pictures, but I didn’t have time to get up there (!)

And that’s where I will leave my journey for now.

In my next instalment, I hope to cover Copenhagen and Stockholm. After that, it will be time for my Next Chapter combination update for July and August, and then I’ll continue with my adventure through Tallinn and St. Petersburg. Then, I think I’ll write a couple of posts to cover my Finland adventure and WorldCon, before I turn to other topics.

Tipsday and Thoughty Thursday will resume through to NaNoWriMo when my next blogging hiatus takes place.

Recent events in Charlottesville, Barcelona, and Turku have my heart aching. Still, the battered thing goes out to all of those affected by extremism and terrorism. We can resist, heal, and make a better world.

Until next I post, be well, be kind, and stay strong, my friends. The world needs your stories now, more than ever!