Actually, I got home Wednesday afternoon. It’s a six hour drive from London, Ontario back home to Sudbury.

Upon arriving, I immediately got to the unpacking and setting aside of laundry and completely forgot I had an appointment for a massage. It would have been nice after two plus weeks of standing and delivering.

I’ve left a message to reschedule, but haven’t heard back yet . . .

On Thursday, I started by new position. It’s another consultant position, but this should not be as crazy-making as the last one I was offered.

Since then, I’ve been trying to get back on track.

It hasn’t been going so well.

I discovered back in the spring that travelling for the purpose of delivering training no longer serves me well.

I used to be able to write in the evenings and get something done. Now, not so much. And it’s been a challenge also, because I’ve been sharing all sorts of posts and articles about writing process recently. Most of the authors espouse a write anywhere mentality. So I feel guilty for not having written (much) since I left on August 10.

I’ve fallen into the trap of comparing myself to other writers, most of whom have the privilege of writing full time.

That’s not me. I still have a day job.

Also, I’m an introvert. Training all day, while I am good at it, is draining. The group we had to train this time around was lovely. And social. My co-facilitator and myself were invited out once each week. A full day’s training followed by an evening of socializing and then another full day of training is deadly for me.

I probably shouldn’t have accepted every invitation, but I didn’t want to be rude. Plus, this particular group of trainees had all come from away, in two instances leaving family behind until they were settled and established in their jobs. In one case, the trainee’s family remains in Taiwan.

So I went, and I can’t say I didn’t enjoy myself. They’re great people. I just didn’t have the time I needed to recharge by myself.

So all the writing I did while I was away was to revise and submit one short story and to revise my query letter following a webinar (with the fantastic Kristin Nelson—squee!). I’ll share more about that in my next chapter update next weekend.

So now I’ve just about caught up on all of the videos and newsletters and social media I deferred while I was away.

And now I’ll get back to writing.

By the way, London, Ontario is a lovely city. It’s called the forest city and here’s why: 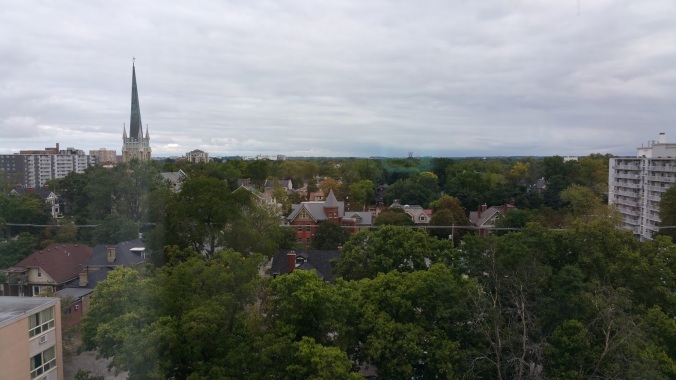 The view from my hotel

But I really enjoy being home with Phil (whom I missed enormously) and being able to sleep in my own bed, and getting back to my “normal” life.

Also, it’s nice to be able to help out my mom, who’s had cataract surgery on one eye while I was gone. This week, I get to take her to the second surgery and follow up appointment. It’s more than nice to be able to be here for her.

I’ll get back to regular weekend posting shortly. I have Series discovery and Mel’s movie madness posts in the works. Fun times 🙂 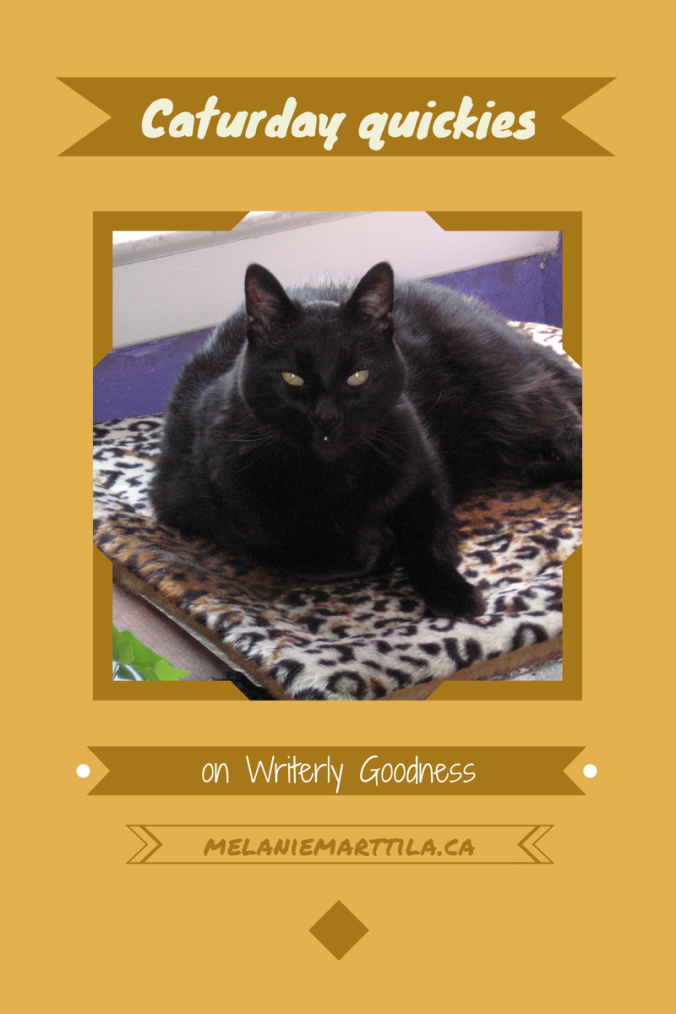