On his deathbed, Kia’s father discloses a secret to her alone: a magnificent and unique diamond he has been hiding for years. Fearing he stole it, she too keeps it secret. She learns it comes from the distant colonized planet of Malem, where her father caught the illness that eventually killed him. Now she is even more convinced he stole it, as it is illegal for any off-worlder to possess a Malemese diamond. When 16-yr-old Kia is training to be a translator, she is co-opted by a series of events into travelling as a translator to Malem. Using her skill in languages – and another skill she picked up after her father’s death, the skill of picking locks – she unravels the secret of the mysterious gem and learns what she must do to set things right: return the diamond to its original owner. But how will she find out who that is when no one can know that she, an off-worlder, has a Malemese diamond? And how can she bear to part with this last link to her father?
Kia is quirky, with an ironic sense of humour and a loner. Her sidekick, Agatha, is hopeless in languages and naive to the point of idiocy in Kia’s opinion, but possesses the wisdom and compassion Kia needs. 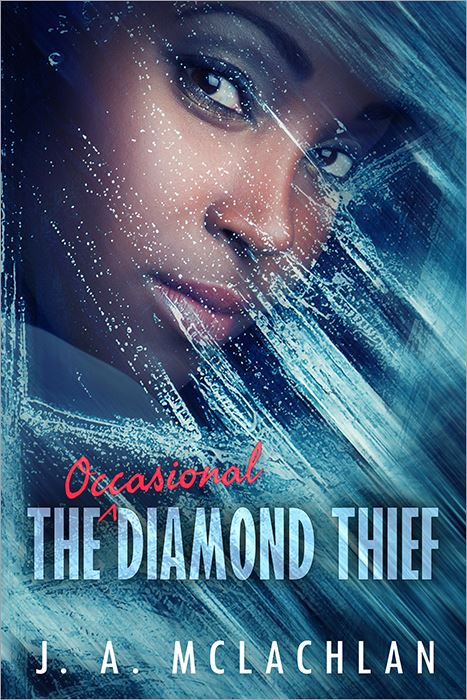 The Occasional Diamond Thief is a fabulous adventure, but it also offers thoughts and feels for readers of all ages.

Kia is the youngest of three children. Her father, a space ship’s captain and merchant, returns from a trip to another planet with the illness that eventually kills him. He is secretive and haunted, but Kia wants his love and approval.

She believes her facility with languages will accomplish this and so learns the difficult Malemese. Unfortunately, hearing the language worsens her father’s condition.

Kia is also at odds with her mother, who is strictly religious and seems to resent Kia’s connection to her husband through the language of Malem. In an attempt to protect both spouse and child, Kia’s mother forbids the speaking of Malemese in the house.

When her father dies, Kia is with him, and he commends to her an incredible diamond. Determined to solve the mystery of the gem, but escape her mother’s oppressive grief, Kia applies to become a translator. Independence is a challenge, and Kia must turn to thievery to support her life as a student.

She gets caught, and as a consequence is sent to Malem as a language teacher for the Select who assisted her in the theft. Once there, Kia must solve the mystery of the diamond, risking her life and that of the Select, uncovering a conspiracy that has its roots in the highest levels of Malemese society.

McLachlan has created a simple, but compelling universe that doesn’t strain credibility and serves as the perfect backdrop for Kia’s journey. She even weaves in a sweet love interest that proves to have his own secrets. Woven into the overall plot are mystery and thriller elements that will keep readers turning pages.

Jane Ann McLachlan is the author of a short story collection, CONNECTIONS, published by Pandora Press, and two textbooks on Professional Ethics, published by Pearson-Prentice Hall. She has a Science Fiction novel, Walls of Wind, on Amazon under her pen name, J.A. McLachlan, and a second science fiction novel, The Occasional Diamond Thief, coming out on Dec. 2, 2014. She is a professor at Conestoga College in Kitchener, and lives with her husband and daughter in Waterloo, Ontario. Her goal is to write and publish the kind of stories you hate to finish reading.